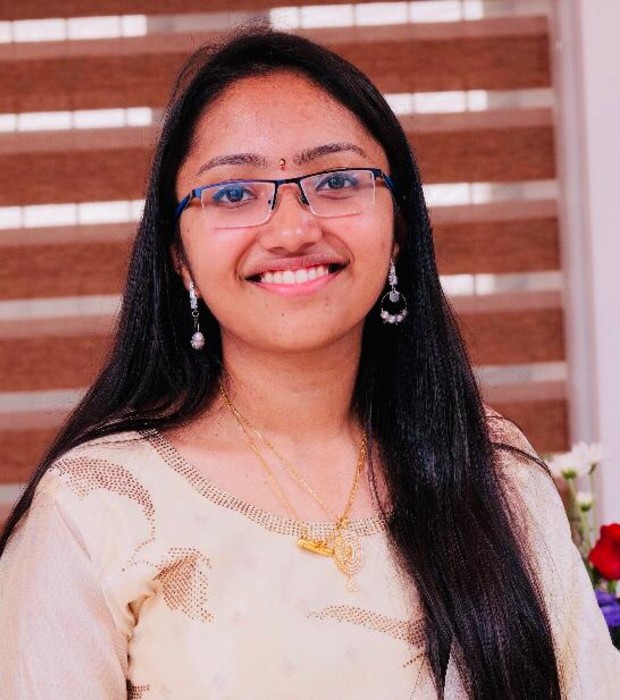 Pooja Vinod, is a B.Tech (Honours) graduate in Computer Science and Engineering, and is currently pursuing her professional career in Technology at Microsoft. Recently, she has been declared as the University level First Rank holder of the batch of 2016-20 in Computer Science and Engineering, from across all 145 engineering colleges of the Kerala Technological University. Pooja was the Headgirl of GEMS Our Own English High School for the academic year 2015-2016 and has been an all-rounder showcasing excellence in both academics and co-curriculars, consistently throughout school and college. During her school years, she has been the recipient of the prestigious Sheikh Hamdan Bin Rashid Al Maktoum Award for Distinguished Student three times and the Sharjah Award for Excellence in Education once. Her interests are diverse and she has excelled at music, public speaking, debate, writing and various other co-curricular events at regional, national and international levels. She also graduated as one of the Science Stream Toppers of the school.

Ready for the Future?